Oral appliances can be used to treat a number of conditions. Oral appliances are ideal as they provide gradual improvement or instantaneous protection.

Here at Kilby Family and Cosmetic Dentistry, we offer oral appliances which are used for a variety of conditions. These include:

At Kilby Family and Cosmetic Dentistry, we can fabricate a custom designed Snoring and Sleep Apnea appliance to reduce snoring and help you and your family gain a good night’s sleep. Our Appliances work by opening the airway passage at the back of the throat, and preventing your jaw from dropping back during sleep and obstructing the airway. 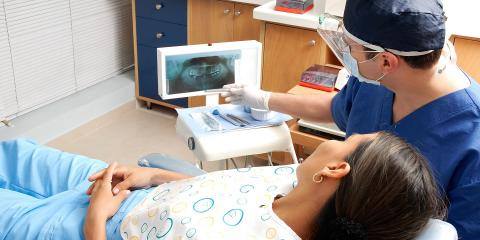 What is the difference between SNORING and SLEEP APNEA?

Snoring is a problem that affects 67% of adults. It is conservatively estimated over 120 million people in the United States snore every night. Snoring can cause disrupted sleep for both snorers and their sleeping partners and it can lead to health problems.

Snoring is the harsh sound that occurs when the tissue at the back of the roof of the mouth vibrates against the back of the throat. During sleep, throat tissues, the tongue and the muscles that line the airway all relax, narrowing the airway. Air passing through the narrower airway causes the tissues to vibrate against each other and create the snoring sound that can grow louder during sleep. Snoring may also be an indication of a bigger health problem; sleep apnea.

Obstructive sleep apnea is a condition in which the soft tissues at the back of the throat completely close off the airway so that air cannot flow into the lungs. This airway blockage can reduce the amount of oxygen reaching the brain and body. When that happens, the brain alerts the muscles in the airway to tighten up and unblock the air passage. This leads to a cycle of blocking and unblocking the airway and causes significant disruption of sleep.

The most common symptoms of obstructive sleep apnea are:

Is an Oral Appliance for Obstructive Sleep Apnea Right for You?

Obstructive sleep apnea is very common and potentially life-threatening medical disorder that prevents airflow during sleep. It is estimated that 1 in 4 men and 1 in 10 women have at least mild sleep apnea. Unfortunately, many of these patients are undiagnosed.

A mandibular advancement appliance works by repositioning and stabilizing the lower jaw.  This treatment improves snoring and sleep apnea in many patients and is well tolerated by most all patients.  In addition, oral appliances are lightweight and do not make noise, making them easy to travel with.  While an oral appliance is not ideal for every patient with sleep apnea, the majority of patients see a benefit when using their appliance.  Please contact our office to find out more about this non-invasive treatment option!